Having kicked off the "Influencing 50, Embracing 50" global events, the Delta 50th Anniversary Tour arrived at Dongguan Plant at the end of July. After days of rain the sun shone brightly right before the commencement ceremony. The ceremony’s participants included Mr. Rock Huang, President of Global Manufacturing, Mr. Tyler Wei, General Manager of Southern China, Mr. Jack Jiang, Senior Manager of MRO Procurement in China, and Ms. May Wu, Senior Director of Public Affairs Department at Shanghai, along with managers from HR, factory affairs, IT, and finance departments and plants. At the same time, Mr. Wei-Hong Deng, Secretary of Township Committee in Shijie, Dongguan, Mr. Jie-Xin Xiang, Mayor of Shijie, officers of the People's Congress, and retired government officials were invited to attend the ceremony.

Mr. Rock Huang, President of Global Manufacturing stated that, after years of development, Delta currently has over 80,000 employees worldwide and revenues of more than US$9.6 billion. This accomplishment is mostly due to the hard work of all employees, as well as the support and encouragement from government officials. Nearly 70% of Delta's global production value comes from Delta China, and as Delta's first production facility in China, Dongguan Plant plays the crucial roles of both "touchstone" and "pioneer". The successful Dongguan experience has set a cornerstone to Delta's developments in China. This feat was greatly assisted by Mr. Fa-Zhi Liu and Mr. Xu-Zhi Liu, former Secretary of Township Committee and former Mayor, respectively. On top of providing numerous incentive policies, the two also rapidly invested in building local transportation and various infrastructure, thus making it easier for enterprises to invest.

During the commencement ceremony, Mr. Rock Huang, Mr. Tyler Wei, and Secretary of Township Wei-Hong Deng jointly launched Delta's 50th Anniversary Tour at Dongguan. On behalf of the Shijie Township Party Committee Government, Mr. Deng also presented a landscape painting to Delta. The painting depicted a majestic mountain and river scene in stunning detail and was titled "Celebrating 50 Years of Delta" to symbolize the lasting friendship between the two entities.

After the ceremony, all Delta managers and government officials present visited the 50th Anniversary Tour together, and Mr. Rock Huang guided Secretary Deng through the tour. The tour took managers and government officials on a trip back to Delta's humble beginnings in 1992, when everyone worked diligently to set up the local production facility and management. Thinking of how far Delta has come, with its current and future success, everyone was deeply touched.

Next year will mark Delta Dongguan's 30th anniversary. Dongguan Plant will continue to improve and to invest in smart manufacturing and transformation to enhance its core industrial competitiveness, as well as to lead all Delta production facilities in working towards smart transformation. With the collective effort from all employees, Delta Dongguan will surely continue to excel!

The Delta 50th Anniversary Tour will run from today until August 19, 2021 at the lobby of Delta Dongguan's Southwestern Plant 2. 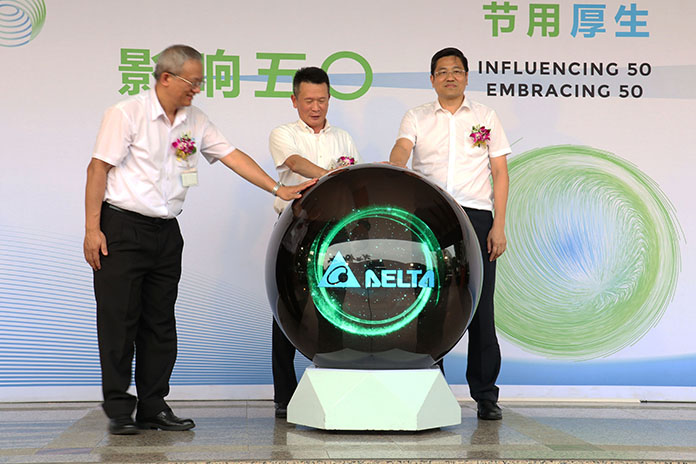 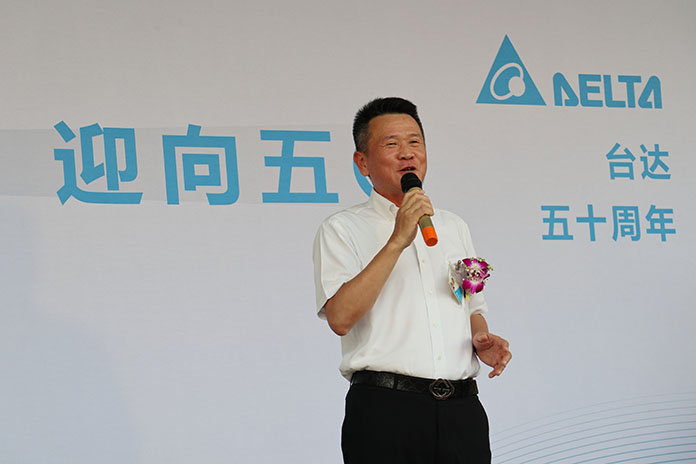 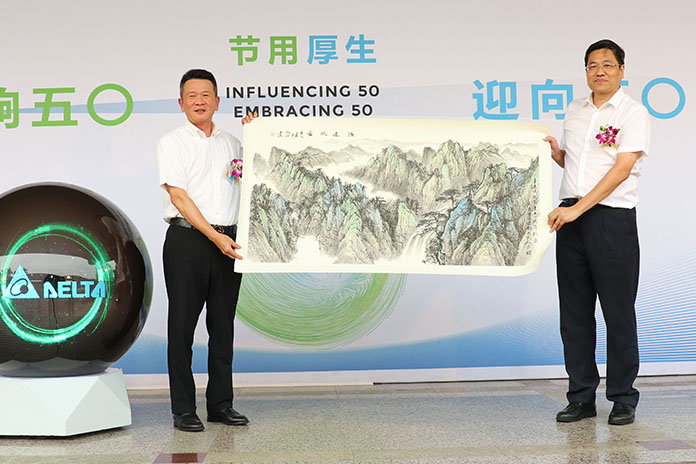 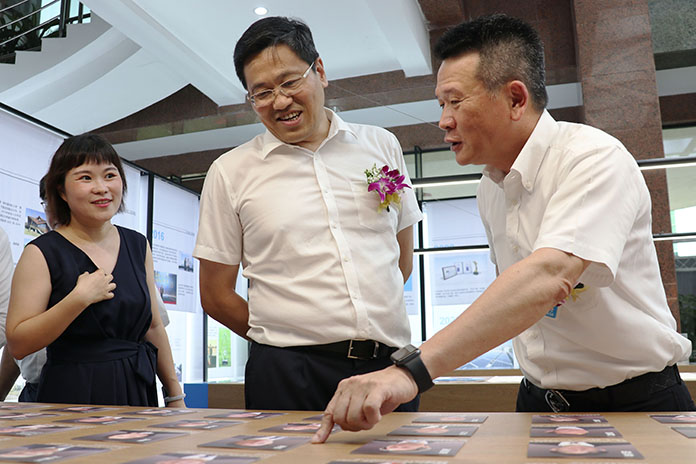 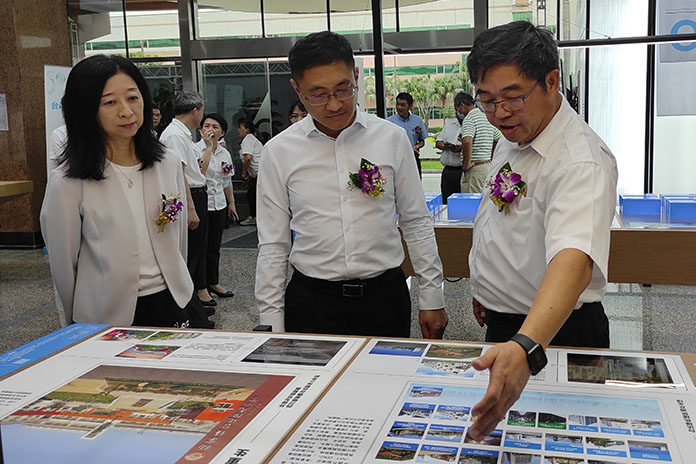 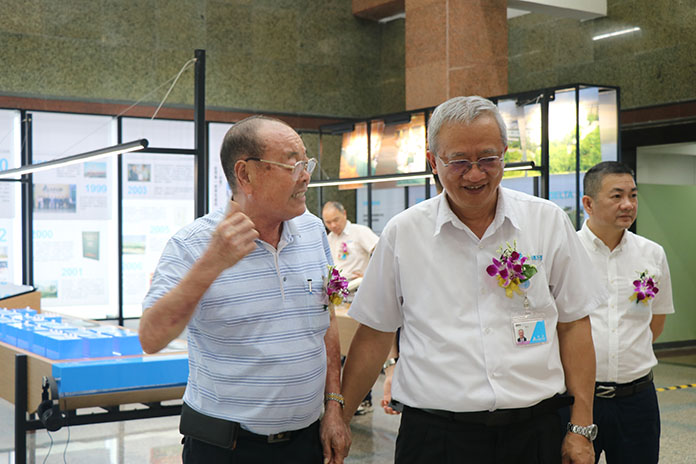 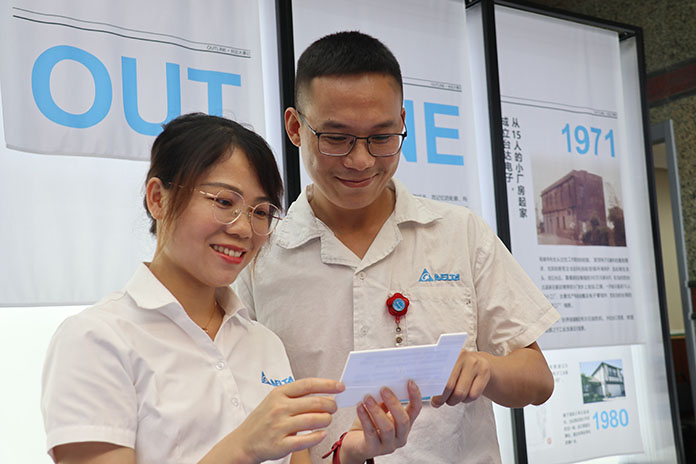 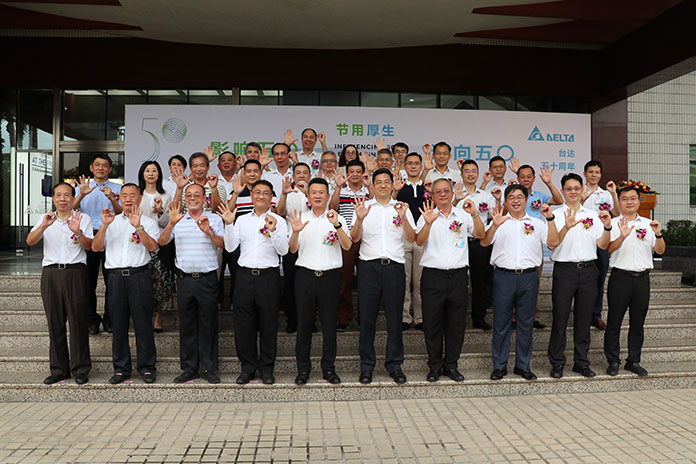